November is National Runaway and Homeless Youth Prevention Month and we wanted to share Layla’s story. She is a former client and is now a Home Start staff member. We are so lucky to have her!

“A teen mom raised me while my dad was in and out of jail. My mom had a mental illness and quite often made irresponsible decisions. These bad decisions led to my brother’s death and me being placed into the foster care system. I was put back in her care just a few years later, but her own trauma followed her well into adulthood. She became addicted to drugs, and my new baby sister and I ended up separated, and once again, I was in foster care. Eventually, a family friend adopted me. Although a great family raised me for a large portion of my childhood, the trauma I experienced in my early years seemed to follow me into adulthood. I ended up in an abusive relationship. Recognizing just how toxic our relationship was, I fled the situation with my then 2-year-old son. I needed to get my son away from the hostile environment we were in, and as a result, we ended up homeless. At this point, I had nothing. I had dropped out of college, had $0 to my name, no car, no home, and a child that needed me to be strong. I called shelters and many different programs but didn’t qualify for anything. My situation was unique because at the time I did not qualify for any programs and many programs were very limited on who they could assist. I was adopted 9 months too early for foster youth assistance, I was not a veteran or an elderly adult, I did not have a drug addiction, and I was not in any immediate danger since my son’s father lived over an hour away, so I did not qualify for domestic violence programs either. To make matters worse it was around the holidays, so most shelters were at capacity. My son and I couch surfed for over a year. I talked to my therapist and reached out to my doctor at the time for any assistance I could get, but I had no luck in finding what my son and I needed.

Then Home Start called me for an intake, and I was ecstatic. My son and I would finally have a home. Home Start gave us so much and I am still so grateful, especially when I think about where we would be today if it were not for Home Starts’ assistance. Home Start not only gave us a home but gave me the ability to stabilize everything else in our lives by getting rid of our main struggle (finding a home). Living at Home Start gave me the ability to get a job, save for a car and home, build my savings, create a safe and loving home for my son, and truly learn life skills and managing healthy relationships. Home Start was such a great beginning for us as it opened so many doors for my little family. Home Start even provided my son with his first Christmas. My son so often wishes we could go back because he loved living there so much. He learned to ride his bike there, he had his first birthday there and even learned how to make friends there. Home Start’s MHP was a blessing and saved us from further trauma.

Since leaving Home Start, I have done so much to stabilize our lives and remain self-sufficient. I have built up my credit, maintained two years of rent, received two associate degrees, transferred to a university, built up my resume, and finally, got the peer counselor position that I have had as a goal for three years. Home Start gave me the confidence and tools I needed to make great things happen for my son and I so that we may never experience such trauma again.” 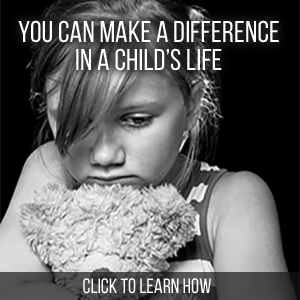 Success! Thank you for your interest in Home Start. We appreciate your compassion for vulnerable children and families in San Diego. Stay tuned for Home Start News and Updates as we partner in the battle to prevent child abuse.